The location of the apex of a stockpile with respect to the discharge pulley of the conveyor
feeding the pile is an important aspect of plant layout that is often overlooked or simply
guessed. This is especially so when the initial discharge onto the empty pile terrace is at an
elevation of several meters.

All stockpiles start out at terrace level and may or may not be emptied completely. Indeed,
even if the pile is not completely recovered, the location of the crater formed by the stockpile withdrawal system may compromise a reasonable feed into the extraction system.

Figure 1 – Conventional Conical Pile. Note the crater rim as the pile is re-filled

For example, for extended stockpiles with several extraction points, the only practical feed would probably be by means of a travelling stacker with a boom conveyor, in order to maintain an elongated pile. In this case, the line of the extraction conveyor will have to be in line with the apex of the stockpile.

For the location of the apex of the stockpile, it is assumed that the normal trajectory calculations have been carried out, in order to derive the drop point, the release angle and centre of area of the material as it passes over the discharge pulley.

There are effectively 4 cases that need to be considered.

Case 1 – Inclined conveyor with the drop point at ‘C’ 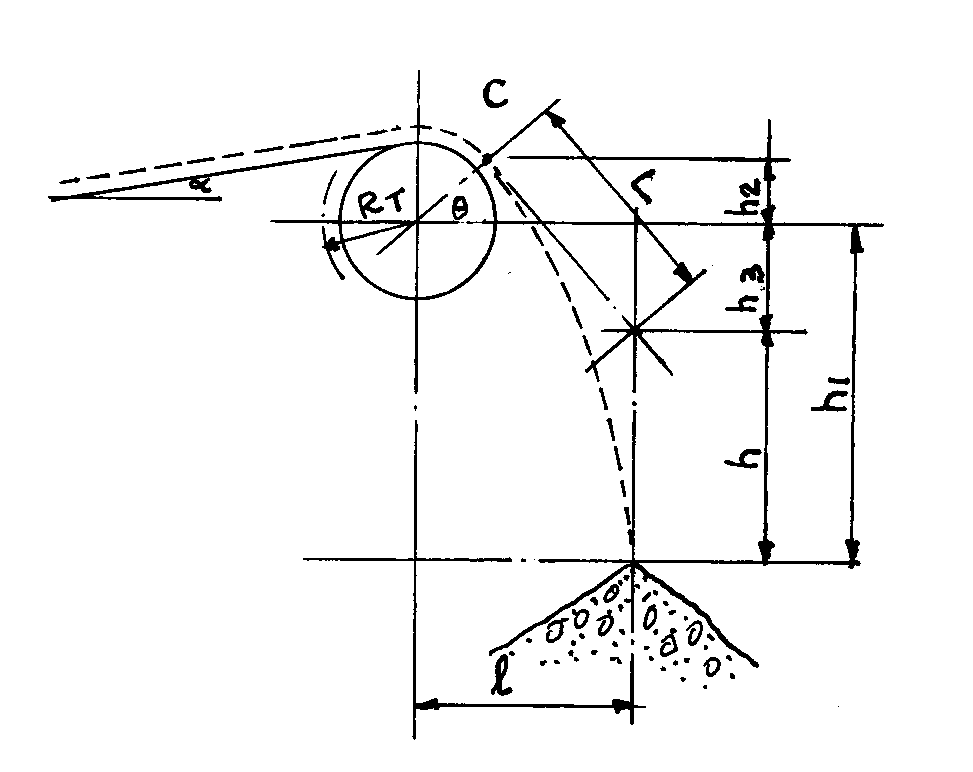 seconds, which may be written as

Since L=S·t, it follows that

(m). This is the normal requirement.

When ℓ is given, it follows that,

Case 2  –  Inclined conveyor with the drop point at ‘T’ 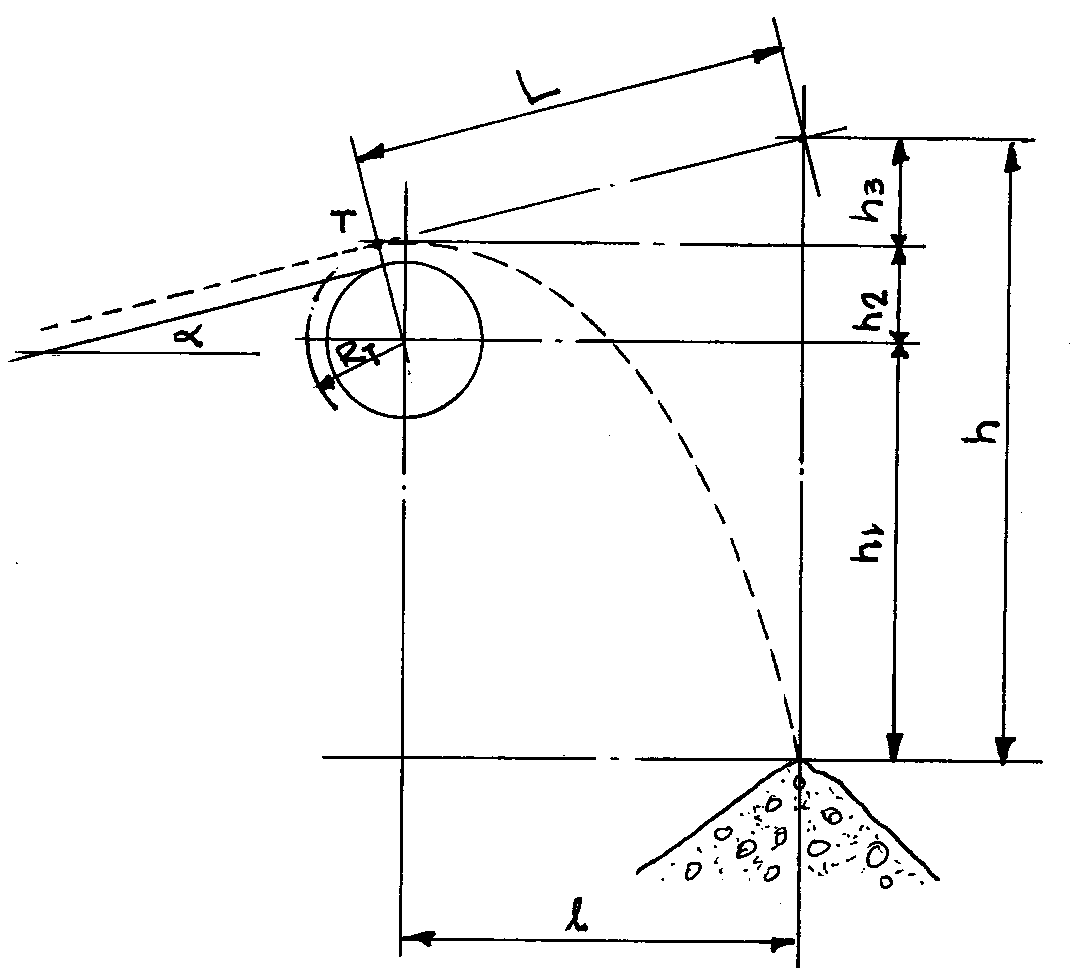 Since L=S·t, it follows that

(m). This is the normal requirement.

When ℓ is given, it follows that

Case 3  –  Horizontal conveyor with the drop point at ‘T’ 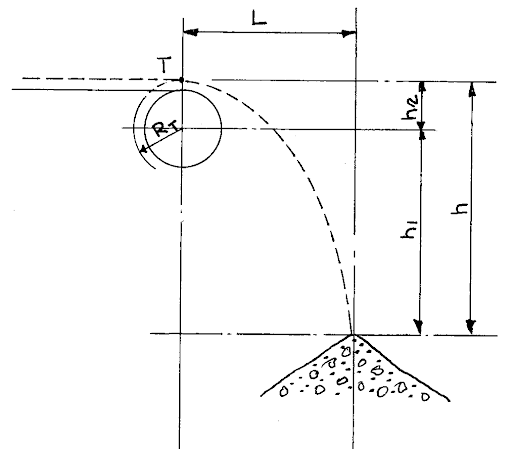 Case 4  –  Horizontal conveyor with the drop point at ‘C’

ABOUT US
Bulk Handling Today covers the movement of all bulk goods from Point A to Point B, both locally and overseas. We concentrate on the equipment used to undertake this task such as shipping, railways, cranes, trucks, conveyors etc. Another important aspect is logistics, freight forwarding, customs etc.
Contact us: bulkhandling@promech.co.za
© Website Designed & Maintained by Launch Digital
fapvid.icu