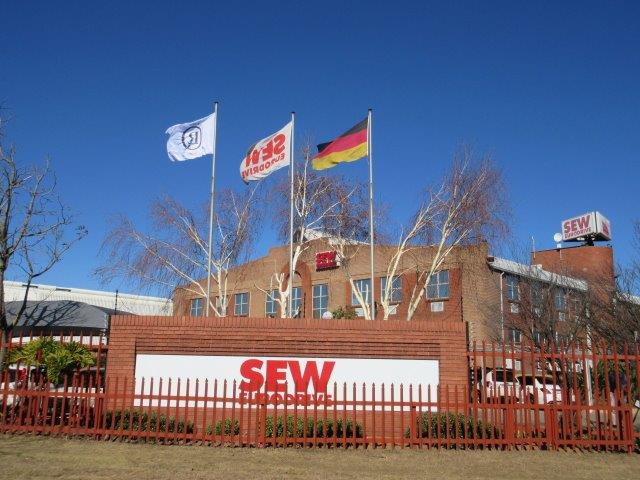 SEW-Eurodrive is building on its presence in Tanzania, its main hub in Eastern Africa, by opening a new office in Kenya, and commencing with a recruitment drive for Burundi and the Democratic Republic of Congo (DRC).

East Africa represents a major growth area for this drive and automation technology specialist. The company’s South Africa MD, Raymond Obermeyer comments, “We have managed to secure a lot of business in Africa, and I see it contributing a large percentage of our turnover going forward.”
This growth is largely due to the fact that the SEW-Eurodrive brand is well-entrenched in Africa, especially in diverse sectors such as mining and agriculture. In addition, the outward focus on expansion on the continent is necessary to counter the prevailing socio-economic climate in South Africa.
“That is the determining factor. We need growth, political stability, and business confidence in order to ensure the continued sustainability of the business.”
Business park
The company remains fully committed to South Africa, however, with the main Johannesburg manufacturing facility relocating to a new 50 000m2 site in an adjacent industrial business park. This is because South and East Africa now fall under the ambit of the South African head office, including Tanzania, Kenya, and 14 other countries.
“At present we are looking after 22 countries in Africa from the South African operation. Therefore the construction of the new facility will be very much in line with our expansion strategy for the continent. We will have to ensure that we are able to accommodate future growth in all of these markets.”
Independent subsidiary
SEW-Eurodrive’s new branch in Tanzania, staffed by 13 people and functioning as an independent subsidiary, looks after a number of countries in East Africa itself, including the DRC, Uganda, South Sudan, Ethiopia, and Somalia, among others. The importance of Tanzania as a regional hub is underscored by the fact that it is undergoing significant infrastructure development.
“We have full technical back-up and service facilities in support of the many projects we are involved with there, from road to rail and ports and harbours,” Raymond highlights.
While the investment for the new local manufacturing facility is being provided by the German parent company, the necessary business decisions are all being made locally, Raymond assures. The greater South Africa itself is not being neglected either, with the Port Elizabeth branch recently relocating to new premises in order to accommodate growth in the Eastern Cape market. A key differentiator for the company in the local market is that it owns all of its local offices, as opposed to leasing premises, which not only represents a major investment, but is testament to Germany’s confidence in South Africa’s future.
SEW-Eurodrive
www.sew-eurodrive.co.za

Shaking up the After-market